HOME LIGHTING – Why LED lighting is a much needed game changer

Mayflower London highlight how LEDs can play a helpful role in the international push to save the planet and how they have become the ‘go to’ lighting option right across the globe.

In this blog we highlight the numerous benefits of LEDs that have led to them becoming the ‘go to’ lighting option for both homeowners and businesses right across the globe today, and how LEDs can play a helpful role in the international push to save the planet.

What is an LED?

The rising popularity and increased proliferation of light-emitting diode (LED) technology couldn’t have come at a better time. With LED lighting products emitting light around 90% more efficiently than traditional incandescent bulbs such as fluorescent and incandescent lights, LEDs offer a visibly more sustainable and energy efficient approach to lighting installations. About 95% of the energy in LEDs is converted into light, with only 5% wasted as heat. These are just a couple of the positive facts that continue to drive consumers to replace their soon to be archaic incandescent lights with these far safer, and far more efficient, modern form of lighting.

LEDs offer several unique characteristics that make them a truly compelling choice for a source of light. They are highly compact, have great durability and long operating life, and are relatively resistant to vibration and breakage. Producing optimal performance under cooler operating environments, they switch on instantaneously, with the newest, cutting edge LEDs produced now being capable of dimming without the need of a dimmer switch. Furthermore, depending on the specific configuration of the LED array and the type of drive circuit, they can also be adjusted to provide an array of different coloured light and multiple colour temperatures of white.

LEDs by nature are not actually inherently white light sources, something that marks them apart from incandescent and fluorescent lamps. Instead, LEDs emit light which is close to being pure monochromatic light, making them an appropriate and efficient choice for coloured light applications such as christmas, party, or children’s lighting. In order for LEDs to be utilised as a general light source, white light is required and can be achieved by quite simply combining different LEDs or using phosphors.

LEDs are largely the most energy efficient type of lighting available when measured in light output per watts of electricity input. In the contemporary market of today, the most powerful LED lamps operate at around 200 lumens per watt. This is almost three times the energy performance of a regular fluorescent lamp and more than ten times more efficient than a traditional incandescent lamp.

The higher energy efficiency of  LED lighting technology translates into increased cost savings and vast reductions in the release of CO2 emissions.

There are several reasons why LED lights are better for the environment. One of the biggest ways is that they help reduce CO2 emissions. These gases, along with other greenhouse gases, are harmful to the planet and have been a leading catalyst in fostering a depleted ozone layer, extreme weather conditions, climate control issues, and many other unseen, negative impacts on the planet. Compared to halogen and fluorescent lighting solutions, LED lights use far less power per watt output. The fact that these lights offer not just the same, but actually better lumen outputs with every use, means that less energy is consumed, further reducing the emission of planet warming CO2 gasses.

When further considering that LEDs use less power continuously throughout the year, their operation is unquestionably eco-friendly. In addition to the fact that LED lighting solutions use up to 90% less energy than some other lighting solutions, they are also more durable than incandescent or fluorescent options. Since they last up to 25 times longer than older lighting options, they need to be replaced less often. The growing consumer awareness about the environment and the durability of these lights, along with the government mandates for energy efficiency, are the main drivers for the growing adoption of LEDs. The LED Lighting Market is expected to grow at a CAGR of approximately 15%-20% over the next five to ten years.

Numerous perks yet only a few slight downsides

However, even the greener, more sustainable technology options, such as LED lighting solutions, must use power in factories in order to be produced. While many safe and green practices are put into place by certain companies to regulate this aspect, having to create new bulbs regularly in the form of less eco-friendly options such as fluorescents can create more CO2 emissions, especially through the process of super-sized mass production. Having said that, even though CO2 emissions are to some extent created in the process of manufacturing LED lighting technology, it is markedly less than the other lighting technologies. 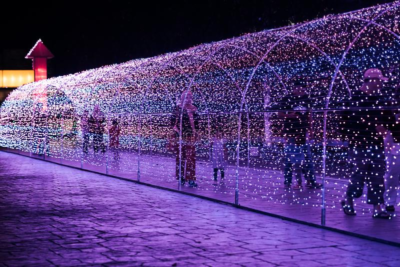 Across the globe, homeowners and business owners alike have been switching to LED lights as a way to save both money and energy. LED lights consume roughly 50% less energy as compared to its now dated HPS predecessors. HPS lighting installations that were very common during the mid-1980s and early 1990s now need replacing having reached the end of their useful lives. LEDs provide better service reliability and lower maintenance costs.  However, unlike older, conventional bulbs, the waste heat that LED lighting systems produce is conducted and not projected, something that should be taken into account when planning or designing a powerful LED installation.

Cutting edge LEDs have a longer lifespan by between four to twenty five times than that of many conventional bulbs that are still in use and available for purchase, a fact that further equates to more savings in terms of maintenance and replacement costs. As noted by The US Department of Energy, the benefits of the ongoing transition to more energy-efficient lighting are far from trivial and actually rather substantial, especially in the US which continues to be one of the largest consumers of energy, both in industry and at home:

There are even more compelling reasons to replace conventional lighting with LED technology. LEDs can, for example, produce high quality light with unprecedented energy efficiency. They can reduce the energy consumption of a typical conventional lighting installation by 50%, or even up to 70-90% when coupled with smart controls. LEDs also offer lifetimes of 15+ years, so replacements are required far less frequently and maintenance is reduced. In addition, LED lighting systems are becoming more simple and therefore easier to configure. Together with the fact that electricity for lighting is also a contributor to greenhouse gas emissions, it is no wonder that the LED lighting technology market was valued at nearly $76 billion in 2020 with more than 160 million metric tons of carbon dioxide emissions that are avoided as a result every year.

With lighting accounting for around 10% of electricity usage in households and 15–40% of commercial premises, there is a burgeoning need for sustainable, energy efficient products across the globe, which is creating further scope innovation and development within the lighting industry. It is expected that the transition to energy-efficient lighting would reduce the global electricity demand for lighting by 30-40% in 2030.

However, the rise of LED technology raises its own significant challenges too. As with much technology and rapid innovation industries, constantly expanding product offerings shorten product life cycles. This not only increases consumption of the world’s natural resources but also affects the availability of spare parts for example, since manufacturers tend to phase out earlier product ranges. For the users, this creates an issue: LED lighting comes with the promise of long life and lower costs, and service and spare parts are presumed to be available throughout the lifetime of the product. If they are not, the sum total cost of usage and ownership begins to rise, which is actually the opposite of what LED technology generally offers. 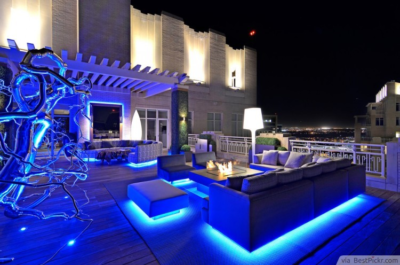 Mayflower London consistently scours the market for the latest in energy efficient products and technology that can be integrated into bespoke automated SMART Home and SMART Office lighting installations. Any opportunity that arises where it makes sense to incorporate LEDs, we always make sure to do so. Today, it is a rare occasion that there is a lighting option that is preferential to LEDs and if so, it is usually for aesthetic reasons rather than functionality.  Through championing the use and benefits of LED lighting, our team can ensure that any automated lighting system that we design and install consistently offers the best for our clients, in terms of having a more sustainable home, effective energy savings and long term cost reductions.

Request a call back

Mayflower International is following Government advice closely and taking all necessary precautions. The health and wellbeing of our employees and customers is always our top priority. Therefore we want to re-assure all our customers that we have put in place continuity plans to ensure providing as many of our services as usual.